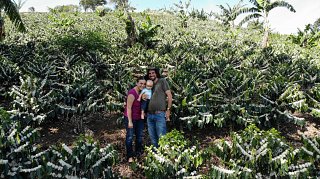 Hacienda Pilas is located in the Costa Rica’s West Valley in the Naranjo area with its rich volcanic soils and an altitude of 1000 to 1200 metres. West Valley is known for its high-quality coffee, helped its climate and distinct dry and wet seasons.

Owned and managed by Eduardo Gurdian Pacheco, a passionate and experienced coffee agronomist with extensive experience in Costa Rica and Sumatra. Eduardo’s family have generations of coffee growing experience in Costa Rica, something that shows in the quality of the estate’s coffee. The attention to detail on the estate is eye-opening especially as climate change begins to make an impact. Rains are not as predictable which means different varietals are being tried and trees that struggle are removed and replaced. Eduardo has brought in bees to help with pollination and even they are looked after carefully. [“they are my little workers, part of the family”] Even the plants that are grown to halt erosion have suffered, Eduardo has found another type that is hardier, faster growing and can be used for animal feed.

Hacienda Pilas is dedicated to the growth and production of coffee under strict sustainable and social labour practices. Currently the Hacienda employs more than 30 permanent workers, plus 200 pickers during the harvest season. Its 160 hectares of Catuai coffee grow on fertile volcanic soils on altitude between 1000 to 1200 metres above sea level, classified as Good Hard Bean according the international standards.

Eduardo has also planted microlot’s of the Centroamericano varietal which are producing the most amazing naturals and honeys. Each season these are getting more complex with stunning sweetness and chocolate. Very small quantities are produced, picked in November and early December and landing early June. They don’t last long! 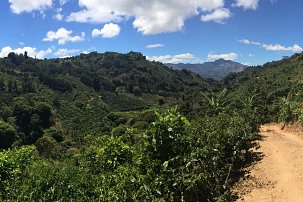